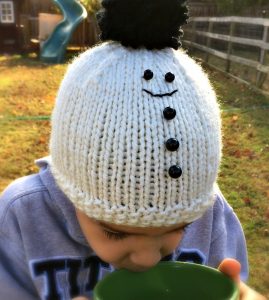 My oldest son recently asked me to make him a new hat.  He is going to be 7 in less than two weeks (I can’t believe it!) and the hat I made for him a few years ago has gotten really tight.  I asked him what he wanted it to look like and he was very specific – it was going to be white with a black pom-pom.  “Okaaaaay,” I said, “Are you sure you want two different colors?”  He was insistent, then he drew me this adorable picture of what he wanted: 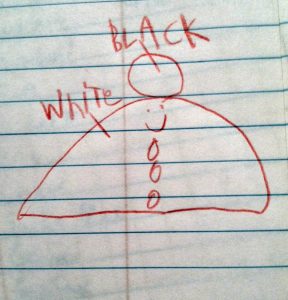 He designed his own snowman hat!!  It was too cute, so I knew I had to get to work on it as soon as time allowed.  I love making hats because there are so many options and they are not a long project.  While I do regularly design sweaters, I love quick projects.  I used to have trouble finishing my projects and it drove my husband crazy.  I’m a very creative person but I have to reign it in because I will get an idea I like better and move on to that, leaving whatever I am working on in whatever state it happens to be in.  When Brian and I met, I was a fashion design major in college and my apartment was littered with half-finished projects!  He said he was a little worried that I would get tired of him and move on!!  Haha, well it’s been over 13 years and we are still in love as ever, so he didn’t have anything to be worried about.  When I look back at what I could have accomplished in college if I would have stuck to finishing projects, I kick myself.  But oh, well, you do what you can in the now!  So now I like to have a small project and a large project going on at all times.  Sometimes more than that – but most of them get finished now. 😉 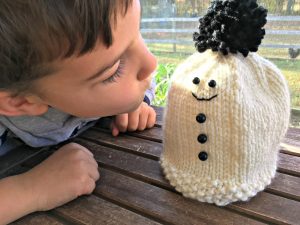 To purchase a large print, ad-free pdf of this pattern click HERE

At this point, the hat should be 5″ from beginning.

You’re done! I hope you enjoy this pattern as much as Christian and I enjoyed creating it!  Leave a comment below. 🙂 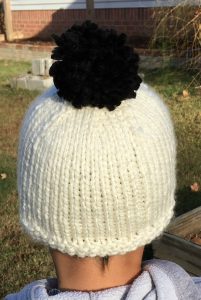 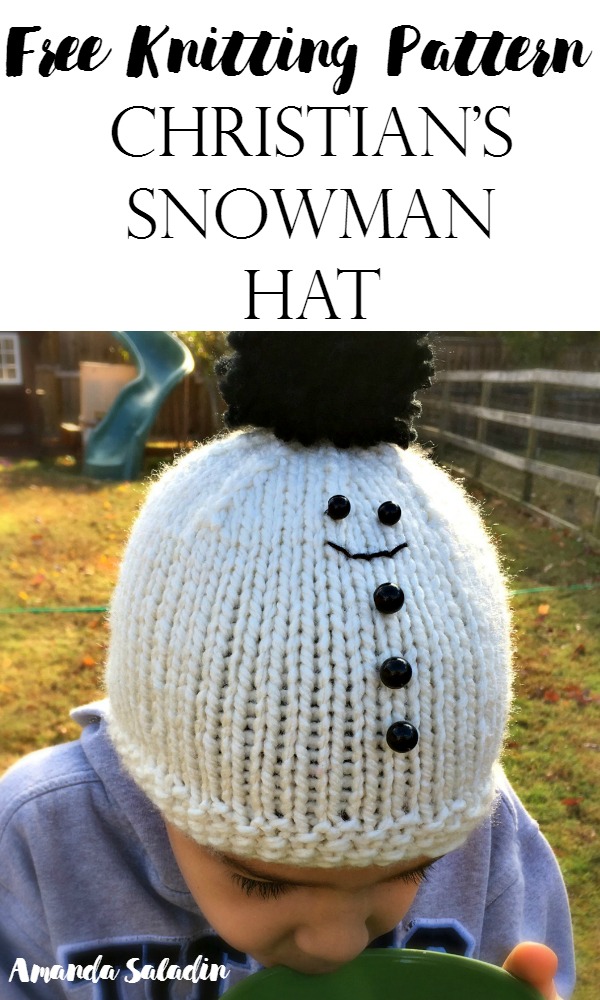