How to half double crochet, answers to your common questions and problems, photo and video tutorials to explain this basic stitch.

The half double crochet is a strange stitch. My husband often jokingly says “You mean single crochet? Isn’t that a half double?”

It has more height than a single crochet, but has a yarn over similar to a double crochet. Instead of drawing through two loops, you draw through three.

So it’s a strange one, indeed, but is actually one of my favorites. You get a really neat texture with the yarn over but it’s simple and makes up one of the foundational basic crochet stitches.

Today we are going to cover all aspects of half double crochet, from common questions asked about the stitch to the different ways you will use half double crochet stitches, common mistakes and more. There is even a video tutorial to help you out, so get comfy, grab your yarn and hook and let’s get going!

What is the abbreviation for half double crochet?

On crochet patterns you will see the term hdc used for a half double crochet stitch.

What is a hdc?

How do you do a half double crochet?

What is a half double crochet UK?

In the UK, there is no term “half double crochet”. In the UK, the same stitch is called the half treble crochet and is abbreviated htr. The photos and video in this post are in US terms.

What is the chart symbol for hdc?

The symbol for hdc looks like a capital letter “T”. You can find all of the chart symbols from the Craft Yarn Council here. 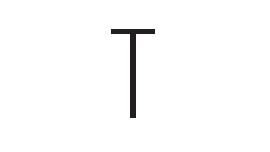 The Anatomy of a Half Double Crochet

A hdc is taller than a single crochet, but shorter than a double crochet.

Before we begin… let’s get Social!

I would love for you to come follow me on
Instagram (get sneak peeks of what’s coming up!)
My Facebook Page (come join the fun!)
Follow me on Pinterest (I pin tons of free patterns to my boards!)
Join my Facebook group (lots of awesome crochet talk there)
Also, you can find me on Ravelry or join more than 12K subscribers on YouTube.

Step One: Yarn over

You’ve made your first stitch! This is the same whether you are working into a chain or into an established row.

Half Double Crochet in the Round

When working hdc in the round, you will need to join each row with a slip stitch and ch 2 for the next round.

Half double crochet in the round is great for hats and sometimes stuffed animals or dolls.

For this example, I started my first round with the crochet magic ring, and worked 6 stitches into the ring before pulling it tight. Then I joined with a slip knot and worked another round where I worked 2 sts in each st (12 sts total).

When increasing with half double crochet, just work more than one stitch into the stitch or chain indicated. For this example, 2 stitches were working into the next stitch of the row.

Step One: Yarn over, insert hook into first stitch and draw up a loop (3 loops on hook).

Step Two: Yarn over, insert hook into next stitch and draw up a loop (5 loops on hook).

Step Three: Yarn over and draw through all loops on hook.

This is the way I’ve decreased hdc forever, and in the book The Complete Crochet Course, I saw it called the “skinny” hdc2tog and it was perfect!

Step Two: Yarn over and draw through all loops on hook.

This decrease method can be used with either the regular hdc2tog or the skinny hdc2tog. Here I’m going to use the skinny because my goal is to reduce bulk.

Step One: Yarn over and insert hook into the front loop only of the next stitch.

Step Two: Insert hook into next stitch through the front loop only.

Step Three: Yarn over and draw through 2 loops (3 loops on hook).

Step Four: Yarn over and draw through all loops on hook.

How to Count hdc Stitches and Rows

The extra loop in half double crochet from the yarn over shows up on the back of the stitch. In this swatch, I’ve worked each row in a different color so you can see the anatomy of the stitches.

Counting the stitches is as easy as any other basic stitch. You can count the top “V’s” or you can count the posts. Keeping in mind that I did not count my ch-2 as a stitch, how many stitches did you count in this swatch?

Take a good look at the teal row. This is the back of the work. See the extra loop pushed to the back? This is a unique feature of hdc. The top row has it as well, but it is easier to see once another row has been worked into it.

I highly suggest working a swatch like this for yourself and getting to know the anatomy of each stitch (sc, hdc, dc, tr) from the front and the back so that it makes it easier to “read” your work in the future and also makes it easier to count your rows.

I use three colors in my swatches like this because you don’t have to cut the yarn that way – just carry it up the side the way you see my cream colored yarn strand on the left.

Your edges are uneven
This happens often when you work into the turning chain, and it is one of the reasons I avoid it. (The other reason being that I hate working into a turning chain!)

It’s okay to count the ch-2 of your foundation chain as a stitch if this gets confusing. Then, just ignore the ch-2 turning chain on the rest of the rows.

Patterns that use hdc