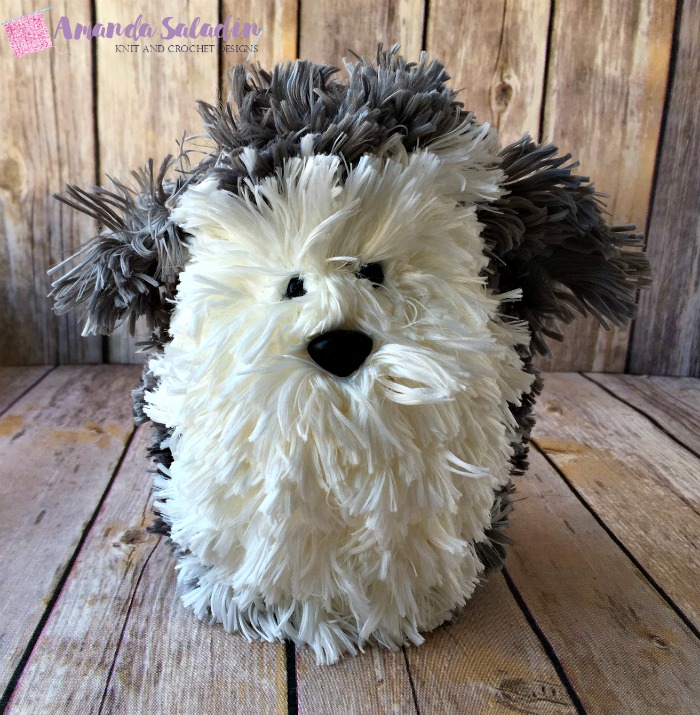 I have been experimenting with crochet stuffed animals for a while and bought this Red Heart Boutique Fur yarn to try out because I thought it would make the perfect animals – it is so soft and, well… furry!  When I got around to working with it I found crocheting especially hard because you couldn’t really see your stitches, so I decided to try and knit with it.  This is the result!!

I’ll admit, though, a dog was not what I thought I was making when I designed this.  It was supposed to be a penguin! Haha!  As soon as I had the body knit I knew it would end up being another animal, but I wasn’t sure what.  When I added the nose and eyes it looked just like a puppy to me, so I gave him some ears and a tail and decided that was all he needed.  I thought about feet but they just didn’t look right and it just reminded me of a puffball – so that’s what he is!  The Puppy Love Puffball.  So soft and squishy, too.

I’ve been trying to figure out what type of dog he is, but it doesn’t really matter.  Still pretty cute, right?  Here is a view from the top so you can check out his tail: 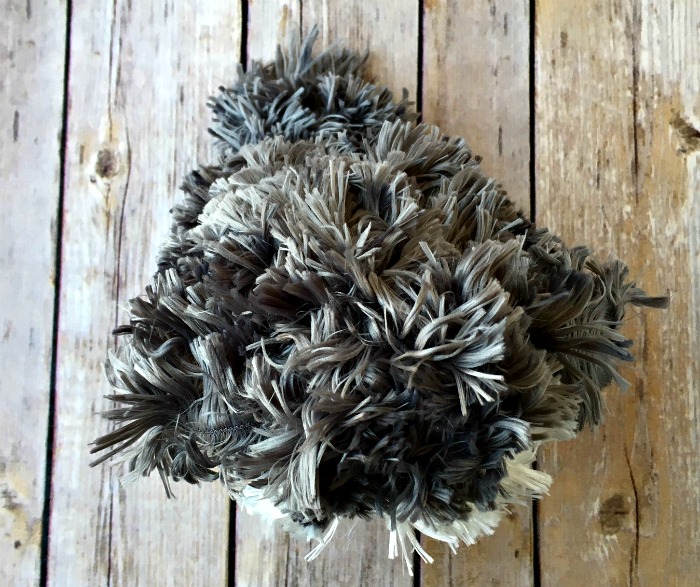 The hardest part about working this pattern is seeing your stitches, so be careful you are working in just one stitch.  Even if you get off a little on the stitch count (I did at one time) you can keep going – it doesn’t really affect the finished product.  I’ve made a few of these basic bodies now and I got better at keeping my stitch count with this yarn. 🙂

Gauge: Not crucial for this project

Row 12: Knit all stitches with MC.

Use tail end to sew up back seam, stuffing with fiberfill before closing seam completely.

The ears really aren’t knit – anything that I tried to knit was too bulky.  Take a strand of yarn and loop it as long as you want it to be, then use your yarn needle to draw the yarn through to the other side, loop it the same length as the first ear and draw the yarn into the body, then weave in your ends.

You might need to trim the fur around the eyes and nose a bit to keep them from getting swallowed up in the fur.  I had to on this one but I am working on another puffball pattern that I didn’t need to so I guess it just depends on how well your eyes and nose hold the fur down.  A little bit of trimming doesn’t hurt just don’t cut it too close.

That’s it!  I found this to be such a quick knit and it turned out so cute, too!  Have you ever made anything that turned out to be something else?  It happens to me with stuffed animals all the time!  They still turn out well, just not the animal I set out to make (this definitely didn’t turn out to be a penguin!  Still cracks me up ;).  Leave a comment below! 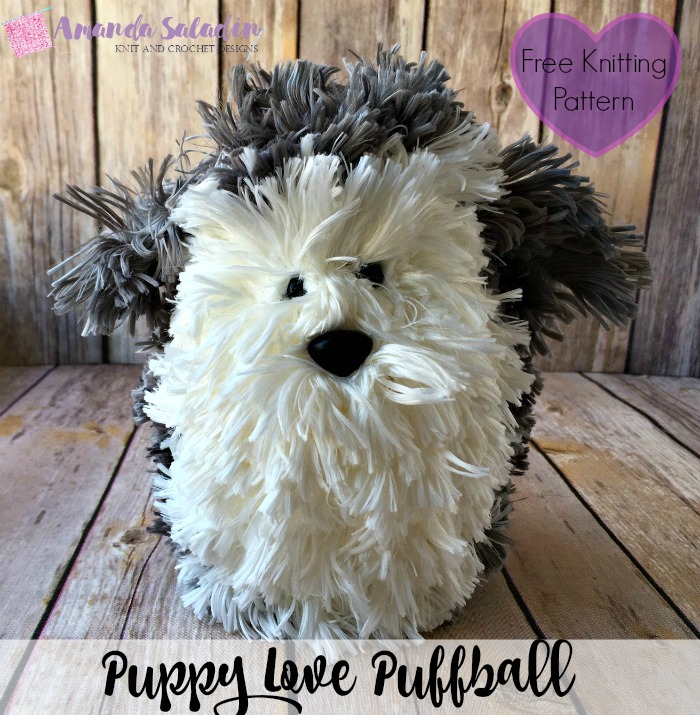