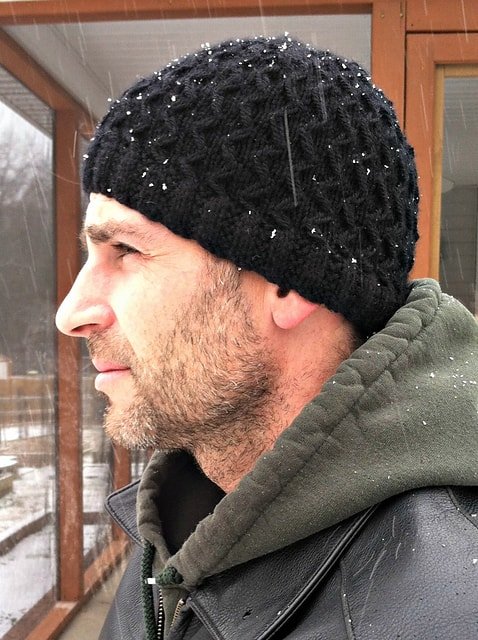 So, I finally did it.  I actually made something for my husband!  He is really not into knits and I have never been able to make something for him that he would actually wear so after one scarf attempt back when I first started knitting (and didn’t know how to make anything else!) I never made anything for him again.  It’s been nine years and three kids!!
I figured it was about time I made him something.  I remembered that he had accidentally washed his favorite hat he got way back when he was in the Army and ruined it.  Since he wears mostly black I figured it was worth a try to create a black hat for him.  I am working on expanding my knitting skills and have been enjoying slip stitch techniques, so I put the two together and came up with this project. If you are new to slip stitches, don’t be afraid to tackle them!  Plenty of times when it said to let them hang off the needle I was terrified I would lose stitches, but I didn’t.  I haven’t had a lot of practice correcting my errors, although I am getting better at it if I lose a stitch and it unravels a few rows.  I used to just give up and scrap the whole project, but not anymore!  I love expanding my knitting skills and will most definitely keep working on them.
I almost called this The Hubby Hat. 😉 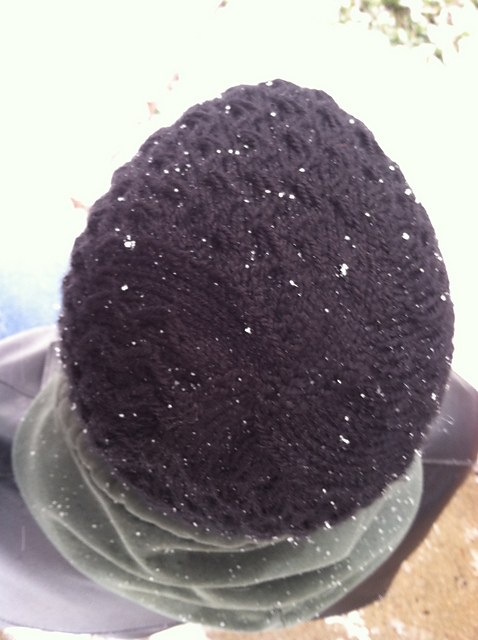 Buy a large print, ad-free pdf of this pattern for $1.99 in my Etsy Store.